DigitalBits and Inter Milan: Warning signs were there before the deal was signed

It has emerged this week that Inter Milan’s main shirt sponsor, crypto exchange DigitalBits, has defaulted on its payments to the club.

This week, DigitalBits has batted away requests for comment, saying that all financial issues are handled by its owner, Zytara.

But there were already serious questions about DigitalBits/Zytara a year ago when InsightX provided one of our clients with intelligence and due diligence on the company.  At the time, elite football was approaching the peak of the crypto/NFT frenzy.

A series of issues

Our report highlighted a series of major issues with Zytara, its governance, its ethics, its financials and the track record of its founder, Al Burgio.

While Zytara as a brand is relatively young – having only appeared on company registration documents in the United States in 2019 – its origins go back further with Burgio, its founder and CEO, having been closely involved in the setting up and development of the blockchain it promotes – DigitalBits or XDB – from the start. Burgio was associated with a large number of corporate entities, many of which had links with Zytara.

At the time of our report, Zytara/DigitalBits and associated companies had no clear governance structure with only Burgio listed as a significant officer. The XDB/DigitalBits ecosystem was said to be the responsibility of a foundation but ownership of the brand was hidden in a web of companies in the US, themselves ultimately controlled by a multitude of shell companies in the Cayman Islands, an offshore tax haven.

Trouble in the Caymans

In 2020, one of those companies, Fusechain Ltd, was sued by the government of the Cayman Islands for non-payment of rent on its offices in George Town. Furthermore, three companies associated with Zytara and incorporated in the Cayman Islands had already been struck off by the regulatory authorities in 2019.

It wasn’t only in the Cayman Islands where Burgio’s companies had been in trouble. A string of associated entities in the US were suspended, wound up or forfeited in Nevada, California and Delaware between 2005 and 2019. In total, 11 companies associated with Burgio and Zytrara were struck off, at least two of which were dissolved or delinquent over failure to pay corporate taxes.

In September 2021, Inter CEO Alessandro Antonello standing alongside Burgio, told reporters that the club was “proud to welcome Zytara as our new global partner”. Antonello may not have known that the man he had just shaken hands with had in 2016 been sued for breach of contract by a law firm which had represented him when he was being sued by a mortgage company in California over unpaid debts.

InsightX has provided its clients with intelligence on a large number of crypto, NFT and gambling entities since June 2020. Zytara is by no means unique in a sector that is awash with startups and johnny-come-lately companies, many of which appear to make promises based upon little more than the hope that cryptocurrencies would continue to rise in value.

But that bubble burst this summer and the so-called “crypto winter” has already shaken out many of these operators with more set to follow.

While it is always easy to be wise after the event, the warning signs about DigitalBits/Zytara were there before Inter signed its deal with the brand, highlighting once again the importance of all rights holders ensuring that full-spectrum due diligence is commissioned from a specialist provider before putting pen to paper. 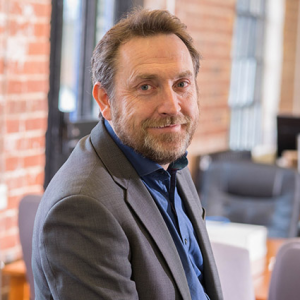 An accomplished journalist with more than 30 years of experience at the highest level. Formerly Assistant Editor with The Daily Telegraph. Until 2019, he was responsible for the content and quality of Dow Jones' Sports Intelligence due diligence reporting