Loaning and borrowing artefacts from other public or private collections is a long-established practice in the UK’s art world. The Government’s National Museums Partnership report found that in 2018 almost 70,000 objects from national collections were loaned to be displayed around the world. As part of its 200th-anniversary celebratory program, The National Gallery just announced it will send a few of its masterpieces on loan around the UK.

The recent Art Fund’s Museum Director Research conducted last month, highlights that 67 per cent of national institutions have plans to borrow from others in the 2022/2023 season. While borrowing from public museums and galleries comes with a higher degree of legitimacy and security, as the cultural objects will have already been subjects to thorough provenance checks, accepting loans from private collections might come with higher risks.

The risk of borrowing from private collections

A series of scandals involving fake paintings being discovered among loaned artefacts has somehow cast a shadow on the practice. Moreover, discussion around the ultimate motives for private collectors to lend their art to public museums points out that such exercise usually results in a significant increase in value for the artefact because of the public exposure, as well as free guaranteed safety for the entire length of the loan, which is a hefty expense.

However, as Bendor Grosvernor wrote in the Financial Times, museums, particularly those with smaller collections, have a lot to gain from the agreement too, as the additional masterpieces can increase visitor numbers and collections’ prestige. It is also not unheard of that collectors end up gifting the piece of art to the institution at the end of the loan.

When the Kunsthaus Zurich opened its new €230m extension in October 2021, it received unexpected backlash because of the inclusion of over 200 masterpieces borrowed by the Foundation E. G. Bührle. The paintings include works by the likes of Monet, Van Gogh and Picasso, and have been offered by the Foundation of Swiss arms dealer Emile Georg Bührle on a 20-year loan. However, Bührle is a controversial figure who sold weapons to the Nazis during World War II and was a keen art collector associated with buying looted art during the war. This sparked a debate on the origin of the pieces loaned to the public museum and included the publication of a book by historian Erich Keller entitled The Contaminated Museum, which questions the place of this controversial collection in a public institution. Jewish Swiss painter Miriam Cahn announced she would withdraw her work from the gallery. An online appeal Against Looted Art in the Kunsthaus Zürich was launched by critics, as well as the request for clarification of the provenance of the pieces and the publication of the loan agreement. An extra room was added to the exhibition to contextualise the history of the collector.

Similarly, with the start of the Russian invasion of Ukraine earlier this year, the question of whether borrowed art from Russia and Russian oligarchs should be sent back to the owners has been discussed at length by experts in the industry. Several institutions from around the world organised the shipment of Russian cultural objects on loan, including the Fondation Louis Vuitton in Paris which sent back 200 masterpieces from the Morozov collection with a total of 30 lorries insured for a total sum of up to €187m. Similar decisions from French and Italian collections followed.

Arts Council England urged museums to “immediately cancelling any forthcoming loans of artworks or artefacts from state-sponsored and/or state-funded collections in Russia or Belarus, and, where necessary, cancelling or revising exhibitions to exclude such input”.

Why due diligence can bolster provenance checks

A 2018 survey by ArtsProfessional found that almost three-quarters of arts and culture institutions considered their reputations vulnerable to damage through association with inappropriate donors and sponsors.

Conducting scrupulous due diligence checks on the origin and authenticity of the cultural objects being borrowed is already common practice for museums. The National Museum Directors’ Council includes in its Principles for Lending and Borrowing white paper:

“Borrowers should conduct due diligence when considering a loan. A loan should not proceed if the lender does not hold a valid title for the object. Nor if there is any suspicion that the object was wrongly taken during a time of conflict, stolen or illicitly exported or traded in ways not explicitly allowed by treaties or other agreements…Due diligence should establish the full history of the object from the time of its discovery or production.”

What is equally important but might not always be taken into consideration, however, is to run due diligence checks on the lender’s background. From their connections to controversial businesses, political parties and state actors, to adverse media coverage, ethical values and financial situations, especially when based in foreign jurisdictions, having a clear picture of the individual behind the masterpiece can ensure an additional level of safety to the institution and avoid the much-feared scandals.

Reputation matters and bad ones matter even more, especially when being associated with controversial individuals risks ruining the notoriety of public institutions that need to uphold the public’s trust. 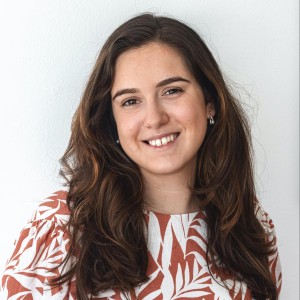 Veronica is InsightX’s Head of Insight. Since 2015, she has worked in social media monitoring and corporate analysis. She helps international companies and agencies with insights on online activity, reputation and risk management.