Manchester City have announced OKX as its training kit sponsor for the 2022-23 campaign, in a deal thought to be worth around USD 20 million, which will see the cryptocurrency exchange’s branding on both the men and women’s training kits. OKX will also be the club’s global Premier League title trophy tour presenting partner, and its branding will be prominent at a number of fan engagement events in cities around the world.

OKX became the club’s first “official cryptocurrency exchange partner” after the pair signed a multi-year deal in March this year which would see OKX branding in the Etihad Stadium as well as the Academy Stadium and on the club’s digital assets.

The initial partnership with OKX was announced a few months after City terminated a partnership with 3Key after it became known that 3Key’s reported executives did not turn up a digital footprint and two websites associated with the company went offline, only for one to return with no information on staff members or products available to the public.

OKX offers trading on hundreds of cryptocurrencies including Bitcoin, Ethereum and OKX’s native coins, as well as a number of other digital asset offerings. At the time of writing, its reported trading volumes in the last 24 hours of around USD 2.95 billion making it currently the second largest exchange.

As per its website, the company is based in the Seychelles, a tax haven. Besides the ethical implications of the arrangement, it is difficult to assess the governance and financials of the company due to the limits on publicly available information on companies registered in the jurisdiction.

Aux Cayes is subject to litigation by the Ontario Capital Markets Tribunal for allegedly violating securities law by operating in the province without registration and acting contrary to the public interest. The proceedings, filed in August 2021, seek the suspension of all of Aux Cayes operations in the province and a penalty of up to USD 780,000.

As it is registered in the Seychelles, OKX operates under a financial shroud. In effect, the company can conceal information which may contradict the claims it makes publicly.

In 2018, an analyst named Sylvain Ribes published a blog post titled ‘Chasing fake volume: a crypto-plague’. In the article, he estimates that OKEx massively overestimates its trading volume by around 93 per cent.

His assessment was based on analysis of the ‘slippage’ on each of four exchanges he analysed, including OKEx. Slippage is the “difference between the price you expect to get on the crypto you have ordered and the price you actually get when the order executes”. He measured this by assessing “how badly […] selling USD 50,000 worth of each cryptocurrency would crash the price”.

Ribes expected to find similar rates of slippage across exchanges; as the volume of the trading of a specific coin listed on an exchange grows, outliers would be less likely to affect the average rate of slippage. However, he discovered “ridiculously massive discrepancies between exchanges”.

He concludes that this occurs due to wash trading by OKEx which was taking place at consistently regular intervals to such an extent that he believed the company’s “engineers that they actually reflected upon ways to make washtrading less conspicuous”.

In addition, due to the level of alleged volume inflation happening at OKEx, some coins themselves could be seen to be more popular than they actually are. Ribes says: “Litecoin and Bitcoin Cash notably, have had as much as 75% of their volume circulating on one or the other of these exchanges. OKEx alone consistently accounts for over 30% of either currency’s volume.”

The reason this matters is that investors, and the audience OKX are looking to target by partnering with Manchester City, are far more likely to use an exchange if they see that it is a leading exchange by volume.

What is now OKX was founded in 2013 by Xu ‘Star’ Mingxing under his OKCoin company. OKcoin was one of China’s three main crypto exchanges until Chinese authorities began placing restrictions on the crypto industry in 2017, including a ban on exchanges operating in the country as well as on Initial Coin Offerings (ICOs).

OKX, then OKEx, was spun out after the clampdown and set up in Malta whilst being headquartered in Hong Kong. In February 2018, Xu resigned as the CEO of OKEx.

In November 2019, the Huanggang City Public Security Bureau named Xu as a fugitive and urged him to come forward and comply with an investigation into corruption. Reportedly, he had previously been investigated in 2018 regarding fraud allegations, though he denied this, suggesting that he had been illegally detained by strangers.

Xu was detained by Chinese police in October 2020 as part of an investigation into an equity merger involving Xu’s own company, OK Group, completed in years previous. The time at which he was detained coincided with a time at which OKEx was forced to suspend all account withdrawals because an unnamed holder of the keys to the companies crypto assets was detained. Shortly after his release, full service resumed.

Despite widespread speculation from within the industry that this meant that Xu still held a senior role in OKEx, the company said: “OKEx has been a separate entity from OK Group from 2017. Star therefore has not been in any kind of operation in OKEx. In the interests of user security, OKEx maintains all details about private key holders confidential, as such, we are unable to comment on this neither can we provide any comment on Star Xu.”

However, sources close to OKEx have told Chinese media that this keyholder was Xu. Furthermore, Xu’s successor as CEO, Chris Lee, resigned after just three months after stepping into the role, citing clashes with Xu. He said: “Xu is a tech guy who lacks communication skills, a problem many geniuses have to face. He heads the team alone and is not used to handing over some work to and trusting others.”

The truth of the situation is unclear. However, disassociating with Xu is clearly a priority for OKX.

Of note, US users cannot use OKX services due to “local laws and regulations”. If you access the OKX website in the US, you receive the following prompt which sends you to OKCoin:

Despite supposedly operating as a separate entity from OKCoin since 2017, the ties between the two companies remain clear.

OKCoin’s holding company, OKC Holdings, is similarly domiciled in a tax haven, the Cayman Islands, and has a reported record of similarly questionable business practices.

After Xu bought 60.5 per cent of LEAP Holdings, a Hong Kong-listed construction firm, for USD 61.69 million in January 2019, it was accused of using the acquisition as a ‘backdoor’ means to get listed on the Hong Kong stock exchange. LEAP Holdings was later rebranded as OKG Technology Holdings Limited, and certification was issued by the Registrar of Companies in the Cayman Islands in January 2020. It should be noted that Xu stepped down as a non-executive director in January 2022.

Manchester City have spoken glowingly about OKX’s “broad and inclusive approach to targeting diverse audiences”. This feature of cryptocurrency goes both ways. A number of endorsements by black celebrities told black audiences that “old money is not going to pick us up; it pushes us down”, suggesting crypto was a “positive, inclusive” alternative. In a 2022 survey, 25 per cent of black and Hispanic Americans said that they had invested in cryptocurrency, compared to just 17 per cent of their white counterparts, meaning that black and Hispanic Americans have been more exposed to the crash.

Despite this, OKX’s Twitter feed features typical content which features within the cryptocurrency subculture; nods to the questionable idea that crypto investment can be used as a hedge against inflation and optimistic representations of possible investment returns feature prominently, which seems a world away from the real-life damage caused by the current ongoing crypto “winter”. The occasional attempts at the newly-discovered corporate social responsibility of the industry typically presents advice that investors control their emotions when trading, wilfully blind that this sentiment mimics the victim blaming seen commonly in the gambling industry.

Ribes finishes his analysis by positing whether OKEx should be allowed to behave in the manner in which it allegedly does, given that they operate in an unregulated space. His answer is that given that the industry is unregulated, there is a greater moral responsibility on OKX to regulate itself.

It would therefore seem prudent for major rights holders and other institutions to partner with companies which they know to have a proven track record of ethical self-regulation. It remains to be seen whether OKX is willing to do this. 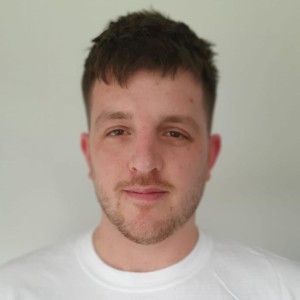 George is InsightX's Executive Editor.   He is a philosophy graduate turned journalist with an encyclopaedic knowledge of sport.   After working in the charity sector during his earlier career, he qualified as a sports journalist with a Gold Standard NCTJ diploma from News Associates in 2018.   Initially working under Sophie and Justin at Dow Jones, he took over the role of Editor of Dow Jones Sports Intelligence in 2020, joining InsightX in 2022.